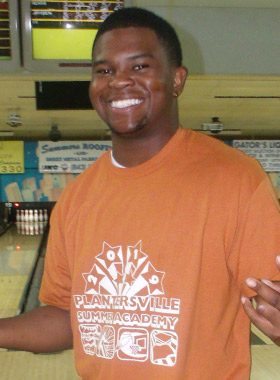 “Hardships often prepare ordinary people for an extraordinary destiny,” C.S. Lewis. This quote alludes to my earliest moments and the future that would grow from it. In October of 2000 I was born with a crush skull due to the obstetrician’s handling of the delivery. According to the doctors my fate could go one of two ways – either I would die or be severely brain damaged. My mom turned to prayer and God performed a miracle. Over the next six years and frequent doctor visits, my skull completely repaired itself with no flaws.

It was all of those doctor visits that motivated me to want to become a neurologist. My will to become a neurologist gave me purpose and focus. When I was younger my reasoning for becoming a doctor was to be able to help others. It wasn’t until I became involved with The Village Group that I finally knew what it meant to help people.

I started attending Plantersville Summer Academy (PSA) when I was about ten years old. My mother was a teacher at the camp and at first PSA served as a source of summertime income for my mother and entertainment for me. After spending time with Ms. Queen and Mr. Ray, my mother and I began to adopt their vision and love for the youth in the community.

Over the years, my mother and I have begun to see PSA as an opportunity to be part of something greater than ourselves. As Ms. Queen would say, “I is nice to receive gifts, but what I love is to be of service to God’s will.” These words resonate with my heart and spirit. I had already been a humanitarian, but when I heard her say that for the first time it felt like something in me was responding to her phrase. I knew that the reason God had chosen to preserve my life was because I too would one day become a faithful servant of his will and his people.
My unwavering dedication to my dream has lead me to being accepted into Clemson’s prestigious engineering program.

Editor’s note – Isaiah after completing the program continued to volunteer each year as a counselor and role model for the students. He could often be heard telling them the importance of hard work, studying and going to school – even offering practical knowledge such as getting involved with ROTC. 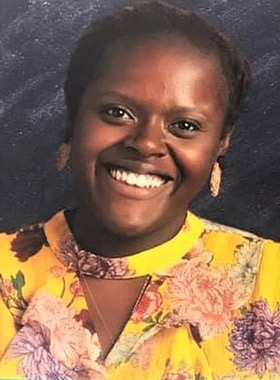 I am Vanessa Dease, a lifelong resident of Plantersville, “I was a chunky, shy, eight year old who was being terrorized by bullies. I was scared, afraid to talk, never spoke up in school – I just wanted to be invisible. Then my life changed – Plantersville Summer Academy opened up my world. I felt safe, loved and happy. I blossomed! The Village Group set my life path through laying a foundation built on mutual respect, and goal setting, which focused on learning being a lifelong experience. I am now a proud graduate of Coastal Carolina University and a math teacher at Georgetown Middle School. I will continue to be part of The Village Group as a teacher and serve as a role model for the students and my community. 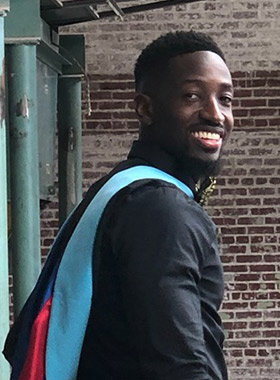 My name is Rashaud Brown am I am the oldest child of Terrance and Rachel Brown Myers. I am from Plantersville, S.C., where I was a member of The Village Group and attended Plantersville Elementary School. I graduated from Carvers Bay High School in May 2009.

Plantersville Summer Academy opened its doors in June 2009, and I worked as one of its first camp counselors. During that summer, I was able to engage with children for six weeks, learning and expanding as a student and leader in the community. As each week passed, I became more passionate about working with children and my interest in teaching emerged. It was that summer when I decided to pursue a career in education. In 2013, I graduated from Benedict College where I earned a Bachelor of Science degree in Early Childhood Education.  After graduation, I began teaching second grade for Richland County School District One (Forrest Heights Elementary).

I always knew I wanted to further my career and educational goals, so in 2015, I decided to move to Memphis, TN to pursue a Master’s degree in Teaching. During this time, I was able to experience different opportunities and my growth as a person and teacher expanded. In 2016, I became engaged and in September 2018, I married my best friend, TaLesha Seibles Brown. In June 2019, I completed the requirements for the Masters of Teaching degree program at Relay Graduate School of Education, Memphis campus, and on August 24, 2019, I received my degree. After four wonderful years in Memphis, I decided to move back to Fort Mill, SC and enter my sixth year of teaching.

As I continue to educate children, I often reflect on what has led me to my current position. Plantersville Summer Academy unlocked a door within me, allowing me to see more of what the world had to offer. Working there revealed God’s vision for me to educate young children. Through Plantersville Summer Academy and The Village Group, I am now able to face challenges and take opportunities with heart and determination. The Village Group planted a seed of growth and success inside of me and I hope that others will be blessed as much as I have. 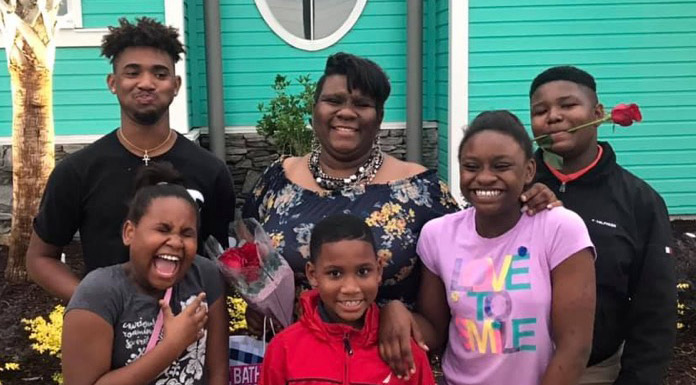 My name is LaShawna Armstrong and for the past 6 years my children have been a part of several different programs that have been offered by The Village Group.  My oldest son (who is 17 years and a current high school junior) is the first of my five children who have truly benefited from The Village Group.  J’Sean became involved with The Village Group as one of the first participants in the Plantersville Summer Academy (PSA).  Through his participation he has been afforded the opportunity to explore several different career opportunities.  He has enjoyed the experience of being a part of different college programs that The Village Group partners with.  Not only does he participate with PSA he also participates with The Village Flyers, in which he served as secretary of the group.  That role taught him the importance of leadership and accountability, because he was responsible for making sure all participants were aware of upcoming events.

I also have 4 other children that have been able to attend the Plantersville Enrichment Academy as well as PSA.  They each are excited each and every day to attend.  My 12-year old attended the robotics session (Young Engineers) that was offered.  Through that experience he was able to learn hands-on how to rebuild computers and coding techniques.  He enjoyed it so much that he took apart his air hockey machine and used the parts to make his race car faster. Now, he is interested in a career in engineering.  My daughters have been introduced to dance and will be attending classes during Spring Break at the Alvin Ailey dance studio with their local dance group.

The Village Group has truly been a blessing to my family.  They have shown my children that the world has so much to offer them and the possibilities of where they can go are endless.  They are motivators and encouragers.  They are consistent and always there when needed.  The Village Group has provided a safe haven for so many children. They have made a difference in my children’s lives and for that I am grateful.